In March, the City of Raleigh spent $52 million to buy Dorothea Dix Park, a downtown property formerly used as a mental hospital. A master planning process to reimagine the space as a grand urban park will begin this year. The city’s decision enticed a globally recognized park advocate, Gil Peñalosa, to give a talk in October about his vision for park space and Raleigh’s opportunity.

North Carolina’s Triangle is accustomed to global recognition for its research and institutions of higher learning. According to Gil Peñalosa, founder and chair of 880 Cities, it could soon become a paragon of park planning and design.

At a lecture hosted by the College of Natural Resources at North Carolina State University, Peñalosa outlined a vision for city infrastructures and public spaces that prioritize the needs of young children and the elderly.

“What if everything we did in North Carolina had to be graded for an eight- or an eighty-year-old?” the former Parks Commissioner of Bogotá, Colombia asked an audience of students, faculty, and Raleigh community members.

Peñalosa, who oversaw revitalization of the parks in Bogotá while commissioner, frequently referenced Dix Park in his lecture. The park, located on the southwest edge of downtown Raleigh, was recently purchased by the city government for $52 million. According to the Raleigh News & Observer, the city of Raleigh “will adopt a master plan somewhere around the end of 2018”.

“Do it as grand as any park in the world. I think it could be better than Central Park in New York City,” said Peñalosa, who hosted a design workshop at NC State the day after his lecture.

Citing the work of Janette Sadik-Khan, former New York City Transportation Commissioner, Peñalosa encouraged the city of Raleigh to implement pilot projects to test out changes to infrastructure and programming in parks.

“If they can do this in New York, you can do so much better here,” he said.

Peñalosa closed his lecture on an optimistic note, after citing evidence that North Carolina was not doing enough to support sustainable mobility.

“Dorothea Dix is going to be a great park,” Peñalosa said, He told the audience its merits to the environment and mental health, and its ability to attract good people should be emphasized.

All photos credit of the author, Brian Vaughn.

Brian Vaughn is a junior undergraduate at the University of North Carolina at Chapel Hill. He is a communications intern at Durham Bicycle Boulevards, and can be seen on campus riding a red Specialized commuter. His favorite urban park is Salburua in Vitoria-Gasteiz, Basque Country, Spain, pictured below. 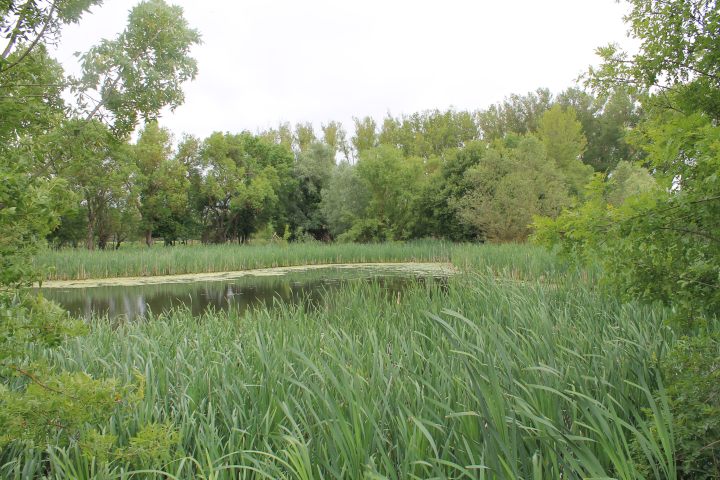