The utility ratemaking formula is used to set the rates for electricity. Investor Owned Utilities (IOUs) account for things like capital expenditures and operating expenses to determine what to charge customers in order to stay financially healthy. The Public Utilities Commission of each of each state is in charge of ensuring that these rates are just and reasonable. However, there are underlying motivations in the composition of this formula that cause utilities to build more generation capacity infrastructure. These motives are detrimental to energy efficiency because more generation infrastructure can lead to a dependance on increasing energy demand on the consumer side. Energy efficiency thwarts these demand expectations. Electric cooperatives (co-ops), which are energy providers owned by the people they serve and ran by an elected board, may be in a better position to push for energy efficiency. Because they are locally owned, they often do not seek to increase their capital investments for a greater rate, but rather seek to minimize their expenditures in unnecessary infrastructure so that they do not pass the cost on to consumers. The Public Utilities Commission in each state should assess the underlying motivations of the ratemaking formula and modify it so that IOUs pursue greater energy efficiency measures like some locally owned co-ops do. A local South Carolina co-op may have some approaches to do so.

The Energy Transitions Conference, hosted by the University of North Carolina School of Law, featured a number of speakers. Mike Couick, the president and CEO of Electric Cooperatives of South Carolina described an approach to better serve the clients that depend on energy services. He presented a business model in which the co-op itself is an advocate of community needs. He argues, for example, that rural electricity co-ops might be able to provide related essential services like broadband internet access alongside electricity. If internet connection is not well provided in a region, it is unlikely that businesses will decide to locate there, Couick argues — Electric Cooperatives is working with communities to fix that. He also spoke of the importance of getting community input to assess the needs of a community, rather than attempting to be prescriptive. Couick also described the benefits of launching renewable energy efficiency pilot programs and the use of demand side management. He emphasized that the generation capacity is already there, it just needs to be managed better to meet electricity needs. This model is contrary to the IOU ratemaking formula described above, in which there is no real motivation to invest in energy efficiency measures.

The ratemaking formula is composed of a variety of factors, all to create a revenue total (R) at which the utility stays financially healthy and able to continue to serve its clients. The factors include operating expenses (O), value of capital assets (V), depreciation by year (D), and the rate of return (r) (Davies et. al. 2018). One of the underlying incentives of the formula is that the higher the V, the higher the ultimate R, leading to the Averch-Johnson effect in which utilities are always overstating demand and overbuilding to raise R. This motivation to increase V keeps utilities from seeking out energy efficiency measures. The more they invest in energy efficiency, the lower energy demand will be, which results in a reduced need for generation infrastructure (V). Without a need for new infrastructure, utilities are less able to increase their rates.

Investor owned utilities were set in place in the early 1930s to serve the needs of all consumers (Tuttle et. al. 2016). Prior to their establishment, many private companies set out electricity lines within cities to try to tap into the consumer base. However, electric lines were overly abundant and many electrocutions took place. Another issue with this system was that these utility companies were not motivated to expand their services beyond urban boundaries, as it was less cost effective. Congress passed the Public Utility Holding Company Act of 1935 to allow individual states the ability to operate utilities as regulated monopolies from which electricity would be made accessible to everyone. These also had to charge just and reasonable rates, not be discriminatory in their service, and offer a sufficient quality of power and reliability (Tuttle et.al. 2016). These were later regulated by state level Public Utilities Commissions, which regulate them to this day (Davies et. al. 2018).

Co-ops emerged from a need to serve clients outside of the public utility service territory. They own 42% of the nation’s distribution lines and serve 42 billion people (NRECA

2017). Co-ops operate similarly to an investor owned utility. However, they are not motivated to increase their revenues significantly to benefit their investors, given that they have none. They are solely motivated by consumer pressure to keep rates as low as possible while not compromising reliability. These underlying motivations are important because in this instance, co-ops are more likely to make use of their existing infrastructure as best as possible. They theoretically have a greater incentive to implement energy efficiency strategies, such as providing LED light bulbs and helping residents insulate their homes.

Utilities also have a role to play in mitigating energy insecurity. A large part of doing so is by implementing energy efficiency measures at a residential level. Energy insecurity stems mainly from the poor building conditions of housing, which can contain aging, inefficient power infrastructure. Poor insulation, drafts from windows, and other holes and cracks can cause hot or cool air to escape easily, leading to increased energy usage and bills (Hernández 2016). Those living in these conditions often have to cope through behavioral changes. These include the use of space heaters or ovens for heating the home and accruing massive amounts of debt with utility companies in order to keep their electricity running. This debt also keeps them from moving into housing with improved physical properties (Hernández 2016).

IOUs should be incentivized to try to alleviate this problem. As the current ratemaking formula stands, utilities actually benefit from the greater demand that comes from these energy insecure households. Helping them improve energy efficiency would reduce demand, which is to their detriment given that less capital investments would be needed. Modifying the ratemaking formula to incentivize energy efficiency may motivate utilities to help retrofit these homes and remove this portion of the population from the precarious situation they are in. 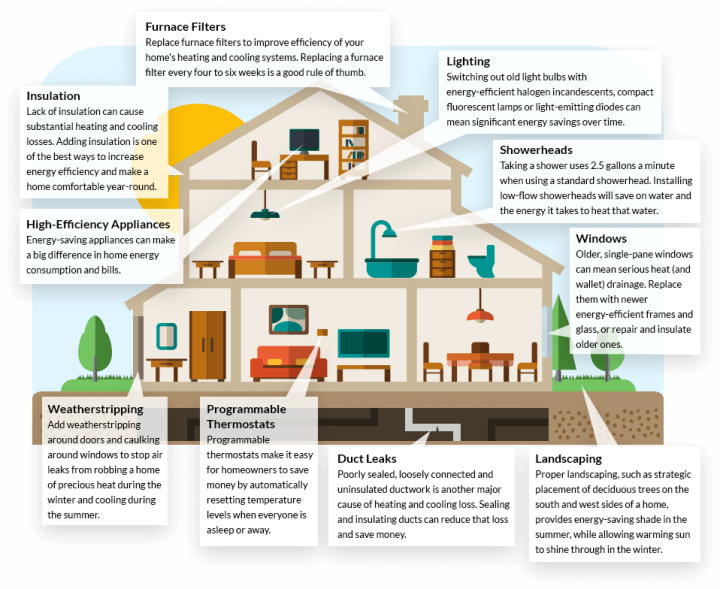 Reforming the ratemaking formula to more closely match what some co-ops are already doing would be beneficial for making energy efficiency improvements both at the utility level and at the residential level. This work would further fuel the energy transition away from fossil fuels, which generate greenhouse gas emissions and exacerbate climate change, and it would also help improve the conditions of energy insecure populations. Although the ratemaking formula has existed for many years, and public utilities commissions have entrusted utilities with arriving at just and reasonable rates, it is time to revise it to fit the current needs of the public.

About the Author: Kathia Toledo is a candidate for the Master’s in City and Regional Planning at the University of North Carolina at Chapel Hill. There, she is pursuing the Land Use and Environmental Planning Specialization. Kathia is particularly interested in the dynamic between varying urban landscapes, sustainability, and planning. She graduated from UNC-Chapel Hill with a Bachelors of Arts in Geography and Environmental Studies and a minor in Urban Planning. Her hobbies include creative endeavors like urban sketching and photography, biking on the American Tobacco Trail, and exploring new cities and towns.