We typically do not use literature for city planning texts, but Ralph Ellison’s Invisible Man (1952) deserves careful consideration. Ellison weaves a narrative through New York City’s urban spatial structure to map how race is physically built into the city’s neighborhood composition, street networks, and utilities. Using the binary of invisible versus visible, Ellison defines invisibility as the African-American experience of being isolated explicitly and implicitly to pre-determined neighborhoods, economic opportunities, and basic utility services. Utilities, particularly electricity and lighting, shape the Invisible Man’s being within the city. I highlight Ellison’s argument alongside “Monopolated Light & Power,” a paper sculpture I built to visualize the interplay of visible versus invisible; being versus non-being; and access to city life versus segregation.

“Without light I am not only invisible, but formless as well; and to be unaware of one’s form is to live a death. I myself, after existing some twenty years, did not become alive until I discovered my invisibility. This is why I fight my battle with Monopolated Light & Power. The deeper reason, I mean: It allows me to feel my vital aliveness. I also fight them for taking so much of my money before I learned to protect myself. In my hole in the basement there are exactly 1,369 lights. I’ve wired the entire ceiling, every inch of it. And not with fluorescent bulbs, but with the older, more-expensive-to-operate kind, the filament type. An act of sabotage, you know.”[1]

After a long series of hopes and opportunities being stripped forcibly away, the Invisible Man finds himself forced into a hidden Harlem basement. Here, he exercises complete control his space. Above ground, the city structure refuses his visibility, the recognition of his own being. 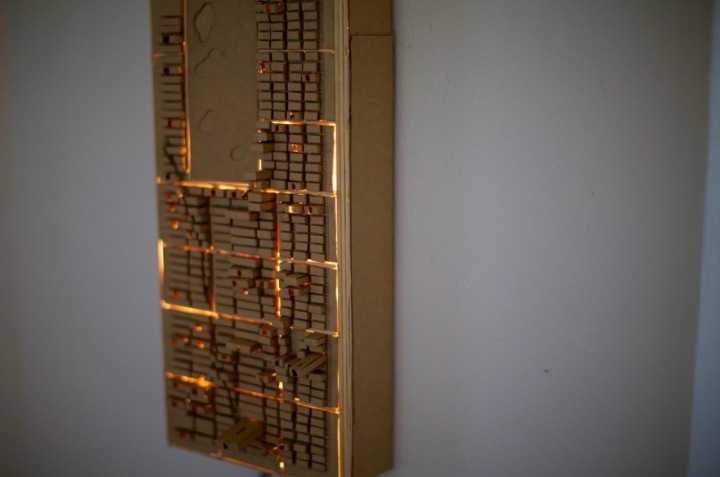 Below ground, the Invisible Man hacks into the electrical grid owned by Monopolated Light & Power, siphons power for his 1,369 light bulbs, and enjoys his visibility alone. It is an extraordinary number of inefficient bulbs that will eventually line every surface of his basement.

The Invisible Man presents a city structured by race, or the provision of space and utilities to some people, but not to others. Visibility versus invisibility. It stands in for segregation, redlining, and the denial of access to everyday life’s typical opportunities like electricity and lighting.

Planners might assert, “surely we’ve gotten better!” But herein lies the Invisible Man’s strength. Perhaps some neighborhoods have improved, but not others. The real point remains that life, the ability to be, what Ellison calls visibility, is at stake for the “others”. The state of emergency in Flint, Michigan, continues because of its water supply. Decision-makers converted the city’s water to the Flint River in 2014, which was “an industrial dump site and absorb[ed] contaminants from road runoff.”[2] Water of varying colors, rashes and other pains for children, and rapidly elevated blood pressure in adults ensued. In Ellison’s framework, utilities, like water, are for some cities, but not others. 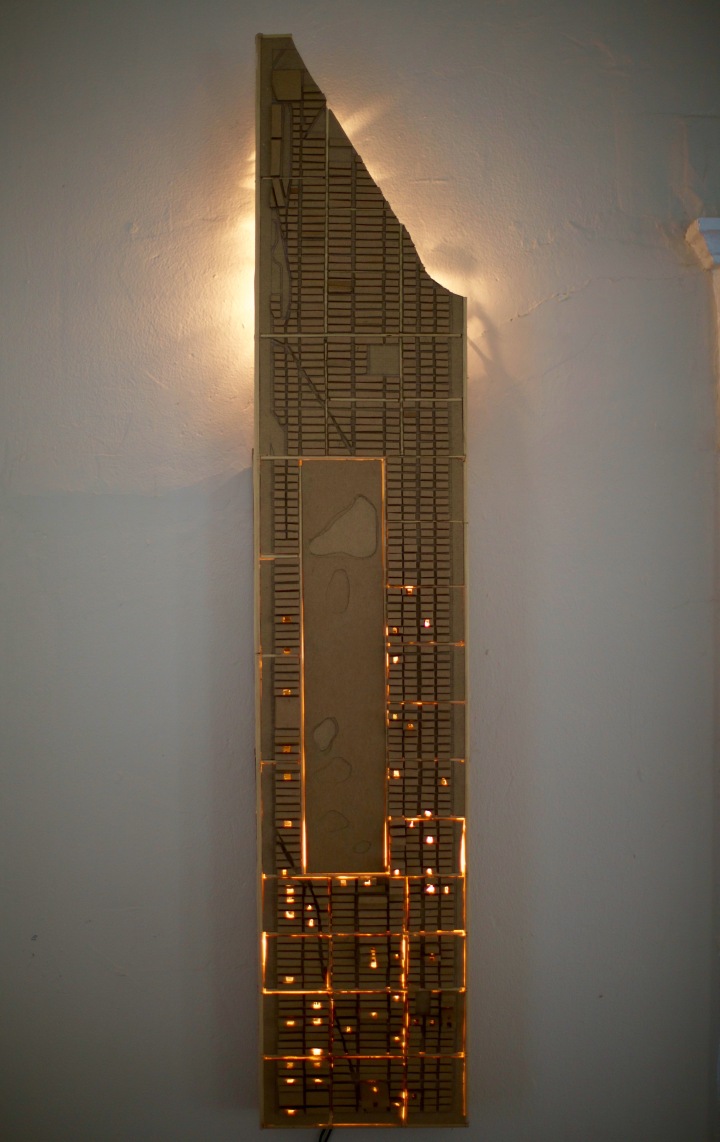 Danny Arnold graduated from DCRP in 2016 and works as a transportation planner in Raleigh. Along with transportation, his interests include integrating art and planning and participating in spaces in which visual art, literature, and planning practice can inform each other. His paper sculptures explore various imaginations of urban spatial structure, memory, and environmental sustainability through using discarded materials.